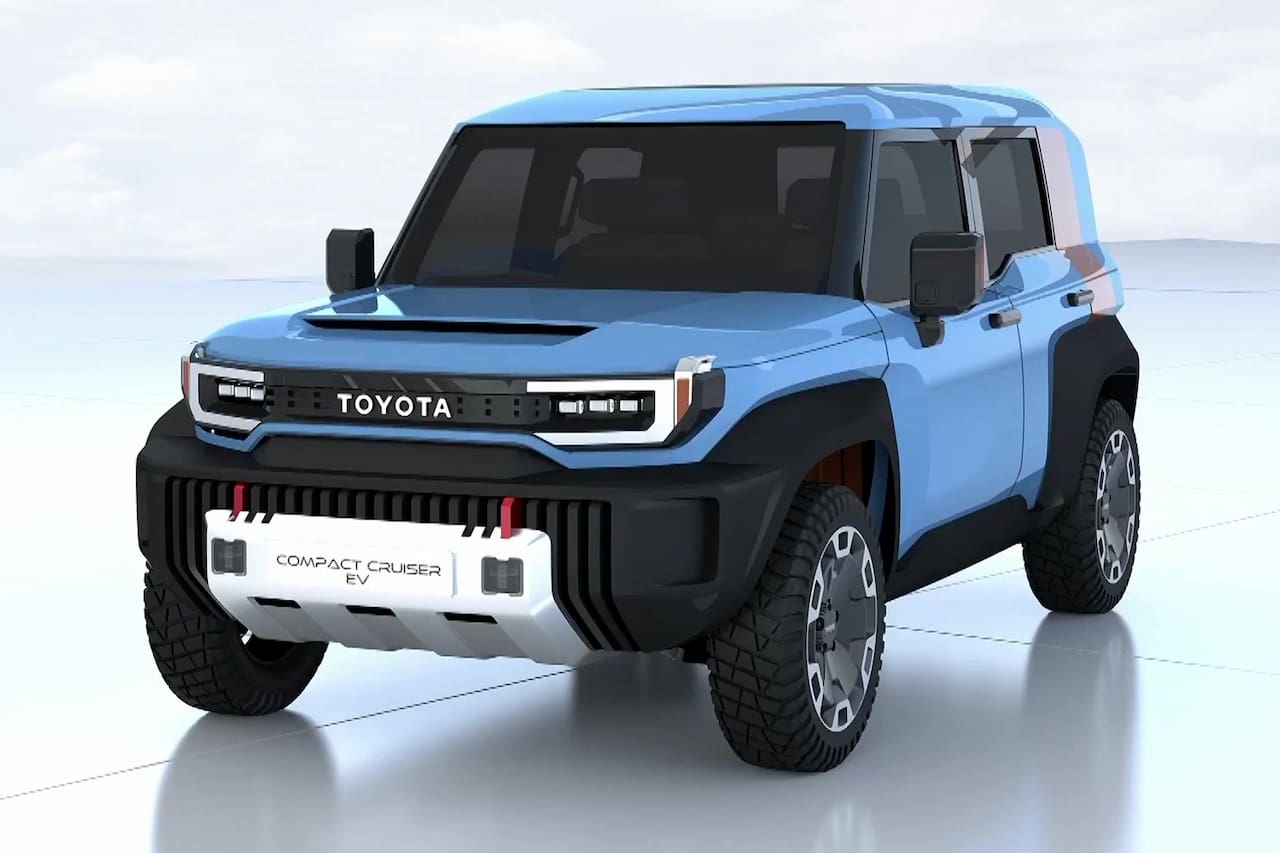 The Toyota LiteCruiser EV (also called the Toyota Compact Cruiser EV during its December 14, 2021 debut alongside a dozen other Toyota EV concepts) has generated quite the interest among Toyota enthusiasts this December, who are calling it the return of the cult-classic Toyota FJ Cruiser.

While the Toyota LiteCruiser EV (which could also be called the LiteCruser missing the silent ‘i’) is still some time away from a production line, we think Toyota would do well to consider it for the UK (and EU) market, which is aching for a compact SUV with off-road credentials. Owing to its emission figures, Suzuki had to re-launch the Jimny as a commercial vehicle in July this year, and it would sell limited units only.

The Toyota LiteCruiser EV should have no compliance issues. Even if Toyota launches a non-EV variant (Toyota has suggested the LiteCruiser will be converted from an ICE model although such a model does not exist yet), it will be sure to have Toyota’s hybrid technology. While the ‘Lite’ doesn’t build confidence for off-roading cred, we hope there would be a top-spec variant worthy of the ‘Cruiser’ branding.

While Toyota has been quiet about the platform, the company could explore several options. If manufacturing the LiteCruiser EV at UK and EU plants is important, Toyota could use its upcoming multi-energy E3 platform (a blend of its TNGA-C and TNGA EV platforms) for the compact SUV.

Irrespective of the platform, Toyota will be sure to maintain the design highlight of the LiteCruiser EV, which is its throwback to the FJ Cruiser from nearly two decades ago. The design will be key to attracting young British buyers who like to stand out from the crowd and want their SUV to reflect their personality. Toyota should be addressing this with plenty of customization options from its TRD division.