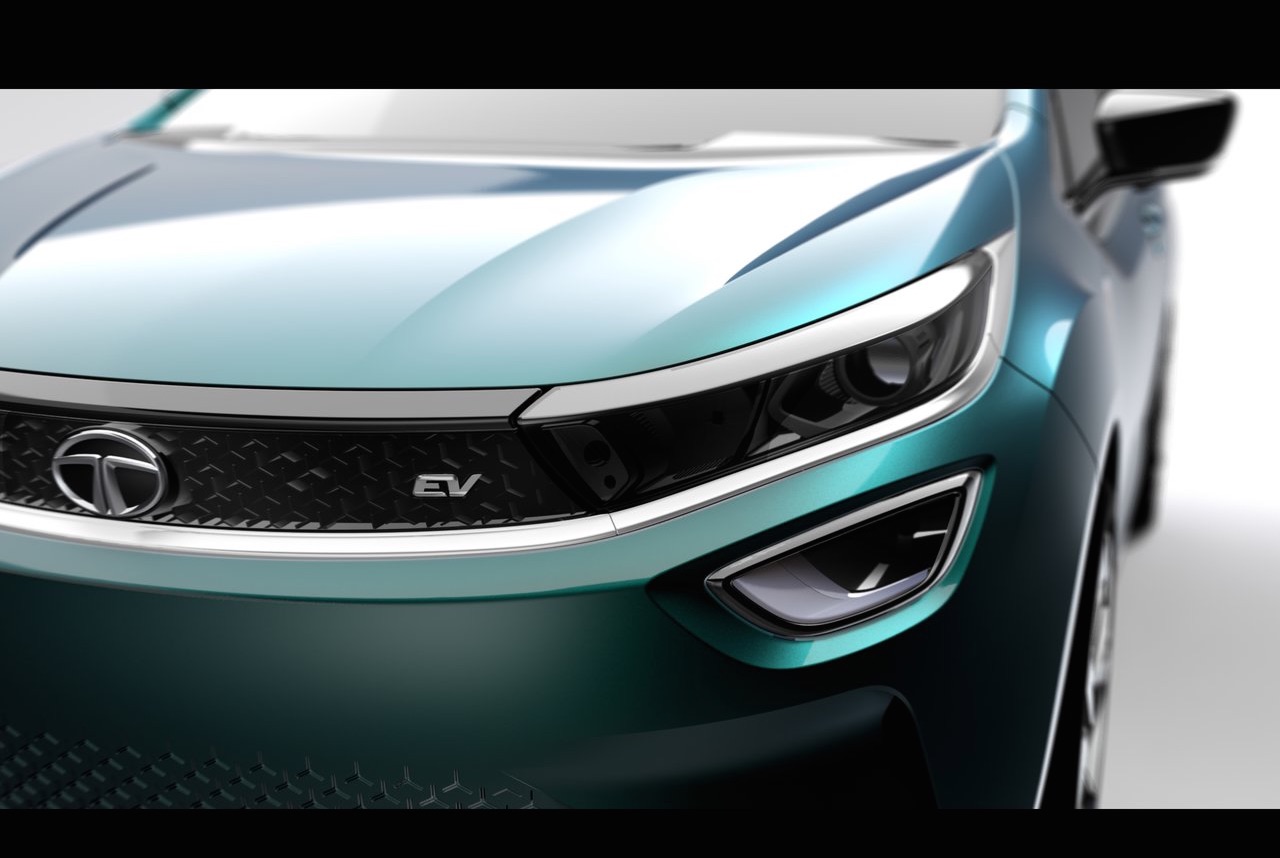 We are very committed to this whole acceleration of electric mobility in the country across all the major cities and eventually nationwide. We are committing ourselves and making all the investments necessary to be able to bring a range of models to be with the right level of range to meet the needs of all consumers.

Earlier this month, citing Shailesh Chandra, President, Tata Motors (PVBU), a report from The Times of India said that the upcoming Tata electric cars would be quite affordable. They would be not more than “15-20%” expensive over the donor models coming with a petrol and/or diesel engine. Also, they would offer a range of at least 200 km, which would ensure that they are practical for daily urban use.

Four new Tata electric cars would launch by early-2022, N Chandrasekaran confirmed at the launch of the company’s first electric SUV last year, the Tata Nexon EV. The top boss, who welcomed a Nexon EV to his garage in August, mentioned that the roadmap includes 2 SUVs, a sedan and a hatchback model powered by a battery.

In this story, we look at the upcoming Tata Electric car variants and their projected launch date. The list includes new products and product improvements. Note that Tata Motors (or its management in media interviews) has not confirmed the names of the EVs or given guidance on the launches, only stating that the Altroz EV would come out in 2021.

In October 2019, the first-gen Tigor EV was made available to the public with a bigger, 21.5 kWh battery pack that has extended the range to 213 km. The electrical components are sourced from Electra EV. Now, a facelift for the first-gen Tigor EV is in the works carrying the external updates such as the projector headlights, new bumpers and the tri-arrow grille pattern from the ICE variant. The variant would continue with the Electra EV-sourced powertrain to remain cost effective.

We’ve already seen the new Tata Tigor EV (facelift) without camouflage in public premises, and the spotting indicates that the company is ready with the car. Expect the launch to take place this quarter (January-March 2021), with prices starting at around INR 9.5 lakh (ex-showroom). We are anticipating a short delay due to the slump in the demand from fleet customers, which is because of the reduction in the usage of shared mobility following the pandemic. The launch timeline would be influenced heavily by how quickly the shared mobility segment recovers as the Tigor EV is aimed at the fleet.

There is one part of the demand which is subdued at this stage because of the pandemic, which is the fleet segment, which had been the bread and butter segment for electric vehicles till last year (2019). And I am sure that it is a matter of time that this is going to come back and once again both personal segment, as well as the fleet segment, both firing together. This will be a very high growth opportunity for us.

Shailesh Chandra, President, Tata Motors (PVBU) to CNBCTV18.com about the company’s performance in the electric vehicle segment in November 2020.

The Tata Nexon EV is still a fresh product, but over the course of time, it will get regular updates. The first major update would see the Tata Nexon EV improve in range, performance, and efficiency, as suggested by Anand Kulkarni, Vehicle Line Director, Product Line Electric Vehicle Business (Tata Motors Passenger Cars) in a recent social media interaction.

While the Tata Tigor EV received a bigger battery pack for improved range, in the Tata Nexon EV’s case, software updates that make the operation of the Ziptron technology more efficient are possible. If we were to look at the Hyundai Kona EV, modifications to the chassis and upgrading the tyres unlocked a higher range, so interventions doesn’t necessarily have to include up-rating the battery.

Despite this pandemic situation, in H1 (FY2021), the electric vehicle industry has increased by 140%. So, that is something which is very notable. And as far as we are concerned, in H1 (FY2021), we have grown by more than three times, as compared to what we were last year (FY2020). And this is the traction that we want to keep. Our Nexon EV is getting significant traction. We are selling nearly 400 Nexon EVs a month; last month (October 2020) we sold 400 (units).

Tata’s premium electric hatchback Tata Altroz EV was showcased at the Geneva Motor Show 2019 and more recently at the Auto Expo 2020 in a production-oriented spec. This upcoming Tata electric car is now expected in dealer showrooms in the second half of 2021.

The Ziptron electric powertrain for the Altroz will be that of the Nexon EV but with the lighter weight of the hatchback and progress in the powertrain capability, expect an ARAI-approved range of around 350 km against Nexon EV’s 312 km. Tata Motors’ Shailesh Chandra recently indicated that the Tata Altroz EV would come in multiple range options, offering a low range solution suitable for city driving and a high range version for families that do excursions.

The Altroz EV is expected to be priced starting at around Rs. 10 lakh (ex-showroom). This Tata electric car is unlikely to have any direct rival initially, and so, at launch, it will enjoy a monopoly in the EV market.

The Tata HBX concept, an evolution of the Tata H2X concept, is likely to get an all-electric powertrain within two years of the launch to become the cheapest new Tata electric car on sale. The production version, internally known as the Tata Hornbill, is scheduled to launch in the first half of this year with a petrol engine. The micro-SUV will be built on the ALFA platform that the Altroz rides on, and it would be the fourth Tata electric car (following the Tigor EV, Nexon EV, and the Altroz EV). The HBX EV could offer a range of around 250 km in the real world.

A starting price of around INR 8 lakh (ex-showroom) is achievable if the company gets a good level of localisation for the electric components. At that price, it would become the cheapest Tata electric car on sale in the country rivaling the Mahindra eKUV100, which will go on sale in the first quarter of 2021, as well as the Citroen eCC21 and the Renault XBA EV.

Pratap Bose, Head of Design, Tata Motors, went on record to tell ElectricVehicleWeb.in at Auto Expo 2020 that he will try his best to secure the green signal for the production version of the Tata Sierra EV Concept. A potential Tata Sierra EV would slot above the Nexon EV as the flagship Tata electric car and debut the company’s latest advancements in the EV space, both hardware and software. Besides the signature design, expect two battery pack options and a highly digital and connected cockpit.

I’m going to try with every bone in my body to make this (Tata Sierra EV Concept) into a production product.

Pratap Bose, Head of Design, Tata Motors, to ElectricVehicleWeb.in at the Auto Expo 2020.

A next-gen Tata Sierra would ideally form a replacement for the rumoured Tata Blackbird (internal name) that was to be developed on Chinese carmaker Chery’s vehicle platform. The debut of and an amazing response to the Tata Sierra EV Concept, as well as the uneasy relationship with China could mean that the Tata Blackbird project is likely to either shift to an in-house platform or the platform of Tata’s future strategic partner.

With Tata Group planning to manufacture battery cells (Tata Chemicals is setting up a pilot project for Lithium cells at the Dholera factory) and Tata Autocomp working closely with Tata Motors to localize the electric motor, new Tata electric car launches are expected to arrive at lower price points. 2-3 new Tata electric cars arriving in the medium-term future should have attractive starting prices of under INR 10 lakh (ex-showroom) which can only help the company maintain its leadership in the EV segment.

Expect all cars (except the Tigor 2021) to come with Tata’s Ziptron technology.

What is the Tata Ziptron?

What is the warranty period of Tata Ziptron EV powertrain?

Tata Motors offers a warranty of 8 years or 1.6 lakh km on the Ziptron EV powertrain.